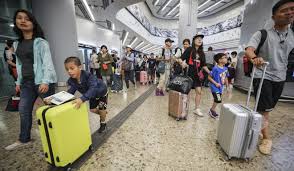 In a double win for Victoria, Melbourne has been chosen as the host city for both the World Optometry Congress 2021 and the International Congress on Obesity 2022, thanks to support from the Andrews Labor Government.

“The attraction of these conferences shows yet again why Victoria is not only the sporting and cultural events capital of Australia, but the destination of choice for international business events and conferences,” Minister for Tourism, Sport and Major Events Martin Pakula said.

The World Optometry Congress 2021 is expected to attract more than 2,000 delegates and generate almost $12 million in economic benefit for Victoria. The forum will provide world-leading experts with the opportunity for professional networking, education and knowledge exchange.

Melbourne has the largest concentration of eye and vision researchers in Australia and the winning bid recognises the city’s reputation as a global centre of excellence.

The International Congress on Obesity 2022, held biennially, will bring together 1,500 delegates from around the world, enabling an $11 million benefit to the economy.

Experts in science, medical research, nutrition and policy will share research and preventative treatments to help reduce the prevalence of obesity.

The Government has a target of reducing obesity levels by 5 per cent by 2025 under the Victorian Public Health and Wellbeing Plan.

The optometry and obesity events will be held at the Melbourne Convention and Exhibition Centre, which has built further on a foundation of success since the opening last year of a $205 million expansion funded by the Labor Government.

The annual value of events secured through the Melbourne Convention Bureau topped $500 million for the first time last financial year, bringing more than 130,000 interstate and international visitors to Victoria.

The Victorian Budget 2018-19 provided $21.8 million over two years to bring more of the world’s conferences to the state, with $13 million allocated to the Business Events Fund.