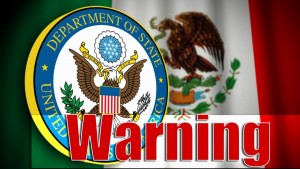 After the U.S State Department issues warning to the U.S tourist at least two cruise lines – the Carnival Cruise Line and the Royal Caribbean have started to cancel shore excursions that involve ferries in Cozumel Mexico.

An explosion on a tourist ferry last month led to the warning from the U.S State Department. Investigators later discovered an explosive device onboard the ferry while on Thursday two more explosive devices were found attached to another ferry in Cozumel.

After the Royal Caribbean’s Allure of the Seas visited Cozumel, Mexico passengers got a letter that all shore excursion involving ferry were cancelled and those who booked shore excursion that involved a ferry tourist were refunded.

It was mentioned in the letter that it was important to make passengers aware that the U.S State Department published a safety warning discouraging travel on tourist ferries in Cozumel.

The U.S State Department remained confident of the Mexican government’s efforts to ensure the safety of all tourists in the country and in the abundance of caution sponsored shore excursions were cancelled that involved tourist ferries. Also, guests were discouraged from taking part in independent excursions involving tourist ferries.

The guests should have a heightened sense of awareness of their surroundings so that they have a memorable trip to Mexico.

The alert comes after little more than a week post the explosion on a ferry in Playa del Carmen that injured 25 people among which some were U.S citizens.