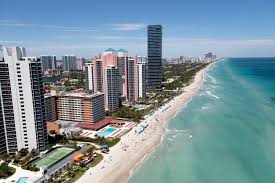 The Miami-Dade’s tourism bureau warns of a marketing catastrophe if a state bill from a local lawmaker passes that would end the nonprofit’s claim to about $25 million a year in hotel taxes. The Rep. Bryan Avila, R-Miami Springs, is pushing legislation that would loosen restrictions on how governments can spend hotel taxes statewide. It also singles out Miami-Dade for changes.

Those include stripping millions from the Miami-Dade tourism bureau to pay for flood-control projects, pollution protections, seaweed cleanup and other expenses tied to water quality.

The tourism leaders are treating the measure as a threat to the Greater Miami Convention and Visitors Bureau’s survival, since the county dollars account for almost 80 percent of the organization’s yearly $32 million budget.

Wendy Kallergis, director of a countywide hotel association, told Miami-Dade commissioners Tuesday said that it is hard to imagine losing these tourism marketing dollars. Kallergis and others hoped the commission would formally oppose the measure at the meeting, but it ended before the board could take up a resolution opposing Avila’s House Bill 7097.

Too many commissioners had left the chambers to continue the meeting without violating quorum rules for the 13-seat board. If other commissioners agree, the board will meet again Thursday and can take up the resolution then.

The Avila bill would make several changes to state rules that govern hotel taxes, which generate nearly $140 million a year in Miami-Dade. Rather than county commissioners controlling the money, much of it would shift to city control. The Avila legislation requires cities where the hotel taxes are collected to keep half of the money to cover expenses tied to tourism, including police and infrastructure.

Charged only at restaurants and bars within hotels, the tax would shift to funding water projects, including extending sewer pipes to properties with septic tanks endangered by rising water levels.

With coronavirus outbreak already sparking hotel cancellations and scrapped meetings in Miami, industry representatives are using the crisis as a reminder of why Miami-Dade needs to spend big on a tourism bureau.