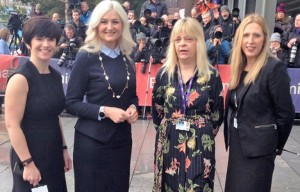 Vlahakis was earlier the senior tax manager at KPMG in Birmingham, while Delmore was previously director of group sales for 5Ways Hospitality, which included the opening of Park Regis Birmingham.

Armstrong said that as a venue and destination which is dedicated in supporting STEM, and as keen exponents of attracting more women into senior positions.

The business profits from Millennium Point’s commercial activities in the building are used to fund organisations, projects and initiatives with interests in STEM.

During the past four years, Millennium Point Trust has donated more than £4m to support STEM initiatives.