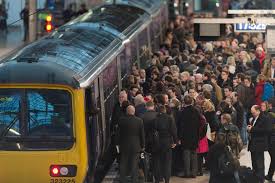 Due to engineering work, millions of of rail passengers face disruption to journeys across Britain over Christmas and New Year.  Work on the Crossrail, the east-west line through London  has been delayed which was due to open in December 2018. It is however running behind its schedule.

The adversely affected zones are England, Wales and Scotland while the worst effects will be felt to and from Paddington station in London, the terminus for the West of England, the Cotswolds and South Wales.

According to GWR it is the best to travel by Monday 23 December which runs most services to and from the terminus.

The track and overhead wiring in the Southhall close to Heathrow will lead to the closure of all lines from Chritsmas Eve to Friday, 27 December. The Underground trains will only run and they will be suspended on Chritsmas Day along with other rail services across the nation.

At Reading, the GWR long-distance services to Exeter, Plymouth, Bristol, Cardiff and Swansea will start and end.

GWR announced that the services will resume on Wednesday January . It is expected that on

Although some Paddington services will start up on Saturday 28 December, only two of the four lines from the station will open due to track work between London and Reading.

Heathrow Express and TfL Rail links to Britain’s busiest airport will also be affected, with a reduced service from Saturday 28 December.

The closure of the line west of Severn Tunnel will be exacerbating the problems for travellers to and from South Wales.

From the end of service on Christmas Eve through to Friday 3 January the main link between England and South Wales through the tunnel will close.

At various locations between Severn Tunnel Junction and Bridgend, west of Cardiff work will take place and buses will replace trains between Bristol Parkway, Newport, Cardiff Central and Bridgend.

Also some Valley Line services will run through Cardiff Central, but Cross Country links from Birmingham will be replaced by buses.