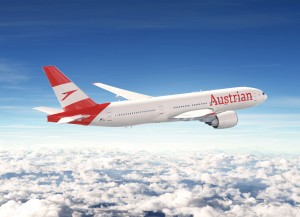 Austrian Airlines has a new media agency: Mindshare will manage the media budget of the domestic airline from January 2020. This is the result of the first Lufthansa Group-wide and global media agency tender. Besides Austrian, Lufthansa and Swiss will also be supported by Mindshare. Through the group-wide cooperation with Mindshare, synergies within the Lufthansa Group will be better exploited, especially on an international level. In future, 40 markets outside Germany, Austria and Switzerland will be served by Mindshare.

Over the next years, the positioning of Austrian Airlines as one of Lufthansa Group’s premium brands is about to be further developed over the next years, with a constant focus on customer needs. Mindshare will develop an individual brand strategy for Austrian Airlines, as well as for the other airlines of the Lufthansa Group. The central task for Mindshare Austria will also be to carry the brand core – particularly with regard to “Austrianness” – into the world alongside Austria’s leading airline.

“We are delighted that Mindshare will accompany us as a global agency partner in the future”, says Marketing Director Isabella Reichl, reaffirming the decision. “Together with Mindshare, we want to develop an integrated media and data strategy in order to position ourselves even stronger in the highly competitive airline industry”, she concluded.