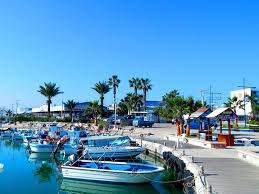 Rania al-Mashat, the Egyptian Tourism Minister commended the tourism sector on Monday as one of the fastest growing sectors world over While delivering at a press conference with the board of the Egyptian Tourism Federation, Mashat stated that her ministry is keen to utilize the recent growth in tourism sector via solving problems experienced by this vital field and improving skills of the staff members of tourism.

She observed that a five-axis structural program has been charted to improve the Egyptian tourism.

All state bodies, topped by the Tourism Ministry, are helping to make sure a successful organization of the 2019 Africa Cup of Nations, listed to be organized in Egypt at the later part of this year.

In a recent interview with Xinhua, Mashat explained that the tourism of Egypt is in constant development with rising number of tourists from Western, Arab and Asian states.

“We had a leap in tourism in 2017 and a large boom in 2018, when Egypt was visited by renowned foreign figures,” the minister said.

From tourism, in the first half of 2018, the revenues that Egypt saw a year-on-year increase of 77 percent to reach 4.8 billion U.S. dollars, as the number of tourists arriving in the country raised by 41 percent to surpass 5 million.