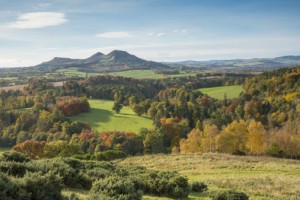 The Scotland workshop, organised by VisitScotland, will bring together 40 Scottish suppliers and up to 40 representatives of key travel organisations from different European markets.

Taking place in Amsterdam, Netherlands, from 23 – 24 October, it will incorporate market awareness sessions, networking opportunities and one-to-one appointments between Scottish suppliers and European travel trade representatives – in a bid to build relationships and strengthen Scotland’s tourism development in the European market.

Europe remains an important international market for Scotland, and accounts for 1.9 million visits to Scotland, a 17% increase from 2016, with spending rising by 36% to 1.1 billion in 2017.

The workshop will allow Scottish businesses to travel in-market to gain greater visibility for their companies and expand their market reach.

They are given an opportunity of receiving first-hand feedback from the European travel trade which will help shape their offers to better match European visitor expectations and develop sought-after tourism products in Scotland.

A range of tour operators, accommodation and transport providers, attractions, activities and destination marketing organisations from across Scotland will join VisitScotland in delivering the workshop in market.

In order to support inbound tourism even further, VisitScotland is also collaborating with easyJet to highlight the British low-cost carrier airline’s network of direct as well as indirect access routes from Europe into Scotland.

Riddell Graham, VisitScotland Director of Industry and Destination Development, said: “Our first pan-European travel trade mission will give Scottish suppliers an ideal opportunity to engage one-to-one with Scotland’s key European markets all at the same time. With Europe accounting for 1.9 million trips to Scotland, and many of them repeat visitors from countries such as France, Germany and the Netherlands, it is an incredibly important international market for Scottish tourism.

“Everything we do is about creating a passion for Scotland – building an army of advocates through innovative marketing, partnership, events and business excellence to create a destination and customer experience worth talking about. Innovative new approaches such as this workshop will help to strengthen our tourism development in Europe.”