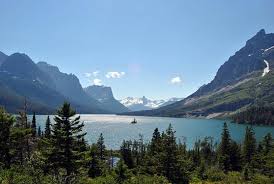 According to the latest tourism report from the Institute for Tourism and Recreation Research at the University of Montana shows out-of-state visitors contributed over $3.7 billion to the state’s economy in 2018. That money came from more than 12 million tourists, and again, that doesn’t include any spending from Montana residents traveling around the state.

The numbers confirm preliminary estimates that were released in January. The figures also show summer spending continues to be “king” in Big Sky Country, with more than half of that money flowing during the warm months.

According to the tourism statistics, there are about 46 percent of the visitors came here between July and September, with traveling groups spending an average of $156 per day, mostly on lodging. The researchers do note that some of the money comes from fuel and meals by people traveling through the state to other destinations in the West and Northwest.

Much of the increase is tied to the boom in guides and outfitters and the increase comes despite a 1 percent drop in overall tourism last year.