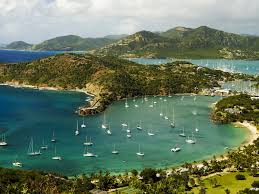 Montserrat, a mountainous Caribbean island popular for tourism is going to boost in cruise tourism as the government of Montserrat, in partnership with the Caribbean Development Bank (CDB) and the United Kingdom Caribbean Infrastructure Fund (UKCIF), launched construction on Monday of a $19.5 million port development in Little Bay. It is according to project officials that this new construction of port will lead to significant cruise ship traffic and tourism growth on the 39 square-mile Caribbean island.

This $19.5 million port development project in Little Bay includes the construction of an offshore breakwater and quay, designed to improve maritime access to Montserrat, said CBD officials. When complete, this $19.5 million port development will allow the Little Bay port to house larger cruise ships than those currently calling at the island, most of which anchor offshore and tender guests to shore.

Donaldson Romeo, Montserrat’s Premier said this launching of his project is one of the first steps towards the fulfillment of long hoped for transformation dream. He called the port, scheduled to be completed in 2022, “a huge step for access, for trade and for tourism.” The project’s first phase project is expected to be completed by 2020.

The United Kingdom Department for International Development (DFID), under UKCIF, is funding the development in Montserrat, a British overseas territory, via an $18.4 million grant administered by CDB. Montserrat’s government is providing $8.9 million to the project with financial support from the European Union.

Andrew Dupigny, CDB’s head of infrastructure partnerships, said that this development plan will support Montserrat’s tourism growth by increasing access and connectivity to the island. The rough seas prevented 58 of 475 ships from docking in Montserrat in 2016 and “climate change is likely to exasperate the situation, with increased and more frequent storm conditions and sea level rise expected,” said CDB officials.

The project will also provide Montserrat with new cargo-handling equipment and will “build capacity within the Montserrat Port Authority by providing a number of training opportunities as part of the institutional strengthening component of the project,” officials said.