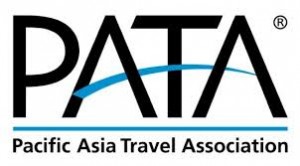 In 2017 the foreign arrivals in the Asia Pacific destinations showed a better global average growth that reached a record high of more than 646 million arrivals as compared to 2016.

The Pacific region has the strongest annual increase at  5.9% year-on-year, followed by the Americas at 5.8%, while Asia kept pace with the Asia Pacific average of 5.7% while considering the percentage increase terms between 2016 and 2017.

In percentage increase terms between 2016 and 2017, the Pacific had the strongest annual increase at 5.9% year-on-year, followed by the Americas at 5.8%, while Asia kept pace with the Asia Pacific average of 5.7%.

Central America showed the strongest incremental increase in foreign arrivals between 2016 and 2017 within the Americas. It took 50.5% of the 8.577 million increase into the Americas over that period.

Southeast and West Asia captured the largest proportion  of additional foreign arrivals across Asia in the period between 2016 and 2017.

Oceania received more than the additional foreign arrivals in the Pacific region this was followed by Polynesia.

Dr. Mario Hardy, the CEO of PATA said that the early results for 2018 showed a collective annual increase in foreign arrivals into Asia Pacific destinations of 8.7%. It added more than 25 million additional arrivals to the total inbound count during the first periods of 2018 relative to the same period of last year.