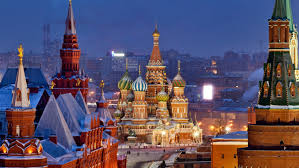 Global consulting company BCG said that Moscow has the prospective to boost its tourist influx to around 32 million people a year by 2025. However, for that, it needs to take few steps.

The firm has come up with a scenario with an eight-point plan that would help grasping the city’s tourism potential to the maximum.

The growth in the number of tourists visiting Moscow after the World Cup (from September to December 2018) went up 117 percent compared to the same period a year before. Half of the visitors said that they are ready to recommend Moscow to others.

Before the World Cup (from January to May) tourist influx was less than 13 percent.

It has been said that tourism’s contribution to Russia’s GDP may grow 1.4 times by 2025, with a six to eight percentage boost to the economy of Moscow. The city’s revenue may also double to 1.5 trillion rubles ($23 billion).

“Tourism is the industry that determines the country’s image. Today, it is not enough to be only an economically successful state or megalopolis, you also need to be an attractive modern center for talents, investors, and tourists, while remaining a comfortable place to live in…” said BCG expert partner Konstantin Polunin.