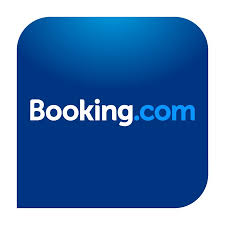 Most of the Australians call hotels, rather than rely on booking sites, for cheaper rates. Australians who book hotels online using sites such as Expedia, Booking.com and Hotels.com are missing out on cheaper deals than if they simply picked up the phone.

They’re also being encouraged to avoid online booking sites because they are driving a “wrecking ball” through the local economy and harming the Australian hotel industry.

Rod Sims, the chairman of the Australian Competition and Consumer Commission, has advised all Australian consumers to start calling hotels directly to ask for better deals.

Consumers may not know it, but a 2016 agreement brokered by the ACCC lets local hotels give discounts over the phone that they can’t provide online.

It is across four capital cities found savings of up to 18% in some states, compared with Booking.com and Hotels.com, when calling over the phone. A similar campaign, spearheaded by the entrepreneur Dick Smith, is also asking consumers to boycott the sites because their high commissions are “extorting” small Australian hoteliers. Since their launch in the 2000s, online booking sites have exploded in popularity and now take an estimated 80% of all Australian hotel bookings, according to Accommodation Association of Australia. Expedia owns Expedia, Hotels.com, Wotif.com and the search site Trivago, which compares across booking sites. Priceline owns Booking.com and the search sites HotelsCombined.com and Kayak. These two companies control 85% of all Australian online hotel bookings, according to the AAA’s 2017 submission to a Senate inquiry into internet competition.

Previously, Australian hotels had to sign parity clauses that prevented them offering cheaper prices than those on the booking sites. But in 2016 an ACCC-led reform allowed hotels to offer cheaper rates over the phone, in person, or to loyalty members – but they cannot advertise those rates online.

The chief executive of the AAA, Richard Munro, agrees. The consumers will 100% get a better experience and a better deal by calling the property direct. It is the only way an accommodation operator can offer a lower rate under the unfair contract they are forced to sign by these online travel agencies.

But in Sydney, only one hotel was cheaper, and only by $3 over two nights. One hotel said it believed it was not allowed to “undercut” Booking.com, even on the phone. On the whole, Sydney hotels were the same or more expensive over the phone.