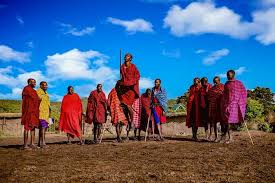 Spending Christmas and the vacations of New Year on the tilt of Mount Kilimanjaro is such an exhilarating moment now attracting thousands of travelers from Africa and various parts of the world to this part of Africa.

Several visitors try their luck to win over the peak of Mount Kilimanjaro, the
highest mountain in Africa, as others spend their vacations in villages on the
Mountain slopes to relish as well as share the festival mood with local
communities living on the slopes.

The traditions of Christmas and New Year are mainly observed in Kilimanjaro
Region where the mountain is located.

Mount Kilimanjaro in northern Tanzania is a world-famous landmark of Africa: A
lofty snow-covered mountain just south of the Equator. To several mountaineers
and hikers, climbing this mountain is an adventure of lifetime.

Having been named among world’s top 28 most important tourist destinations,
the cool weather of Mount Kilimanjaro had lured construction of modern lodges
on its foothills, all prepared to house huge numbers of visitors looking to spend
their holidays on the mountainside.

Lying on the mountain lap, at present, the Kilimanjaro Region is a forthcoming
and unique safari destination in Africa outside the wildlife parks and other
protected areas, banking on the Region’s diversified cultural and natural heritage.

Situated in Tanzania’s premier Northern Tourist Circuit, currently, Kilimanjaro
Region is ranking among the best African safari destinations, where visitors could take pleasure in rich African cultures mixed with modern lifestyles of the local
communities living on the slopes of the Mountain.