Home » MP leaves no stones unturned to boost its tourism

MP leaves no stones unturned to boost its tourism 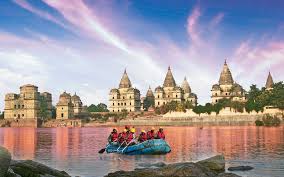 Recently in an interview, Faiz Ahmed Kidwai, the principal secretary to Chief Minister & Tourism, government of Madhya Pradesh explains that there are many challenges like limited international connectivity. An excerpt from it.

How big is Madhya Pradesh tourism?
In regards to domestic arrivals, we are at number eight with about 8 crore (80 million) tourists ouring in right now. If you talk of international arrivals, we are number 13 with close to four lakh arrivals every year.

An issue with growth in international tourism is connectivity. We do not have any international flight services as of now in order to actually go international. We have Indore and Bhopal as international airports. However, Bhopal is a new one. Indore airport operates just one Air India flight to Sharjah.

In India, Madhya Pradesh has among the most attractive destinations. So, what’s the plan to improve the rankings?

Till now, marketing efforts were largely done in terms of the state. Now, we are aiming on specific locations along with itineraries. From our next ad campaign, we would become itineraries and location based, not the whole state. Secondly, we are emphasizing more experiences, which are basically village tourism, homestays, introducing offbeat locations which have not been seen or covered giving tourists more experiences.

Also, we are doing festivals like the Orchha festival. This festival will be a three-day event from 6 to 8 March. We’ve just done a Mandu festival. Then, we also did a Hanuwantiya festival.

There are lot of national parks and heritage sites to attract tourists…
Yes, we do have Bandhavgarh, Kanha, Pench, are among the well-known national parks and there are tourist groups, brought in by the big tour operators. In these national parks, Taj and Oberoi brands have respective properties There are other chains.

Also, MP is famous for its heritage sites. Heritage sites are mostly in northern part of the state. So you have Gwalior, Orchha, Khajuraho, Chanderi, a bit in Mandu and few exotic places close to Bhopal are like Sanchi and Bhimbetka. Then there is the religious circuit which includes Ujjain, Mahakal then the wildlife which is largely the eastern part of the state.