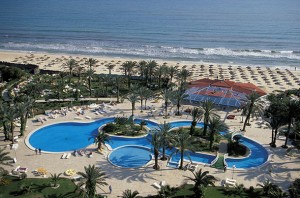 UK & Ireland has reintroduced Tunisia for summer 2018, with the departures available from May.

The operator put a small programme to Hammamet on sale, offering four flights a week from Bristol, Manchester, Birmingham and Gatwick to Enfidha.

Tui has not offered a Tunisia programme since a terrorist gunman opened fire on tourists at the Imperial Marhaba Hotel in the resort of Sousse in 2015, killing 30 British holidaymakers, all of whom were Tui customers.

The British Foreign Office (FCO) subsequently advised against all travel to Tunisia, halting UK tour operator programmes. The ban was lifted in July 2017 and a number of operators, including Tui rival Thomas Cook, announced programmes for winter 2018, starting in February.

Tui reintroduced the destination for German customers in November 2016. The German authorities did not put the same restrictions on travel to Tunisia as the British had.

The programme starts on May 1 and features just three hotels – all from its Concept Hotel portfolio. These are a Magic Life hotel, with sports facilities, a Splashworld property featuring waterparks and a Platinum hotel.

This compares to over 100,000 at its peak with the move intended to assess customer demand for the destination. In 2014, 440,000 British tourists visited Tunisia, according to the Office for National Statistics.