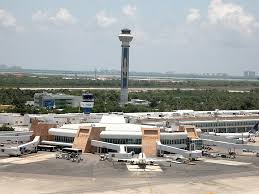 Today, the Quintana Roo Tourism Board declared that the global air connectivity of the region continues to expand with new, direct international flights to the Cancun International Airport along with increased capacity on many existing routes.

This development comes as international visitors continue to rush to the most popular international destinations in Mexico situated across the state, which include Cancun, Playa del Carmen, Cozumel, Riviera Maya, Holbox, Isla Mujeres, Puerto Morelos, Bacalar, Tulum, Mahahual, and Chetumal.

Of late, airline partners have declared the following developments in air connectivity to Cancun’s international airport:

“This continued increase in international air connectivity demonstrates the growing demand for Quintana Roo’s tourism destinations and high-quality attractions,” said Dario Flota Ocampo, CEO of the Quintana Roo Tourism Board. “These recent expansions offer millions of travelers in the U.S., Canada, Brazil and Colombia new direct flights to Quintana Roo and its destinations, and we will continue to work closely with global airline partners to pursue new routes and in joint marketing initiatives.”

In October, the Quintana Roo Tourism Board further strengthened the ties between the U.S. airline partners during a series of planning meetings with senior representatives of United Airlines in Chicago, American Airlines in Dallas, and Delta Air Lines in Atlanta.