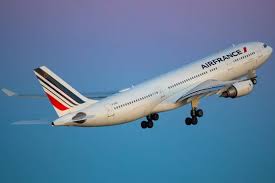 An Air France flight from Paris to Chicago had to be diverted to Ireland after a mysterious cell phone was discovered on board that didn’t belong to any passenger.

The flight, AF136, was scheduled to fly from Paris Charles de Gaulle Airport to Chicago O’Hare International Airport on Oct. 20. The diversion was a precautionary measure, Ulrike Gendrot-Haubold, an Air France spokesperson, said in a statement.

The flight landed at Shannon Airport in Ireland, where the phone was handed over to the authorities. The airport’s fire and police service were available as a precaution, according to airport spokesperson Nandi O’Sullivan.

The flight later proceeded to Chicago and landed there at 8:26 p.m.

“Air France states that all customers and crew members are subject to a security screening inspection before being allowed to board a flight and that flight safety is its main priority,” Gendrot-Haubold added in the statement.

A diversion to land at an alternate airport is often erroneously described as an emergency landing; there is no emergency, but there is a change in plans. Flight diversions aren’t uncommon: