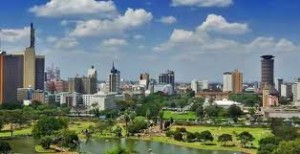 This year, Nairobi has been rated as the third best destination which is on the rise in the world.

According to the latest TripAdvisor’s top 10 award winners for 2018, Ishigaki Island in Japan was voted the top destination on the rise globally, while Kapaa in Hawaii was ranked second. Nairobi came in third, Halifax in Nova Scotia, Canada, was fourth, Poland’s Gdansk was fifth while San Jose in Costa Rica took the sixth position.

Latvia’s capital city Riga was ranked seventh, Rovinj in Croatia was in the eighth position, Spain’s Nerja was ninth while Casablanca in Morocco made it to the top 10 list.

Nairobi was voted the third best destination on the rise by millions of travellers for being the safari capital of Africa – an energetic modern city serving as a fascinating introduction to both wildlife and nightlife.

TripAdvisor described Nairobi as a destination where “music clubs pulse with life, shops and markets bustle, and a mélange of restaurants will tempt your palate in this former Maasai watering hole”. According to TripAdvisor, top sights in Nairobi include the Karen Blixen Museum, Giraffe Centre and the black rhinos at Nairobi National Park.

TripAdvisor recommends holidaymakers to visit Nairobi, and said that the city centre is safe to walk in with taxis making other areas accessible.

The top 10 list of destinations on the rise in 2018 was chosen by millions of travellers from across the world.

Kenya Association of Hotelkeepers and Caterers chief executive officer Mike Macharia said the win was a great honour for the country.