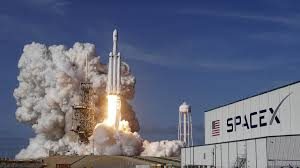 NASA might soon be joining Richard Branson, Jeff Bezos, and Elon Musk in for space tourism.

After watching the billionaires’ respective Virgin Galaxy, Blue Origin, and SpaceX race to send tourists out of the earth’s atmosphere, NASA is thinking of a proposal to sell private citizens tickets aboard rockets to and from the International Space Station (ISS).

Although this would be a first for the United States, Russia has been sending tourists to space since 2001, when American businessman Dennis Tito paid $20 million to board the Soyuz to the ISS. The Russian space program has continued to send private citizens to space since then and has even floated the idea of building a luxury hotel aboard the ISS that travelers could book for a $20 million, two-week vacation.

NASA is still in the nascent stages of considering commercial space flight, and it hopes to bridge a gap with the private sector. NASA could sell seats on crafts built by SpaceX or Boeing.

Although the proposal was backed by a NASA subcommittee Friday, it would have to be approved by the entire advisory council and then said NASA Administrator Jim Bridenstine before dreams turn into reality.