Nationwide Sleepout To Raise Plight Of Thousands Of Runaway Children 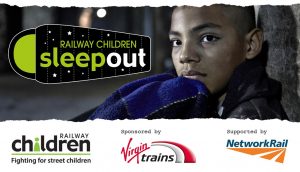 A nationwide sleepout in major railway stations in four of Britain’s biggest cities is taking place to help vulnerable children who run away from home.

To raise the profile of the Railway Children’s work, directors from Network Rail, train companies, rail industry partners and politicians, will sleep out on January 31 at Liverpool Lime Street, Manchester Piccadilly, Birmingham New Street and London Bridge stations, with the aim of raising £25,000.

Natasha Grice, executive director of people at Virgin Trains, said: “We’re proud to be sponsoring the Big Station Sleepout to raise funds for Railway Children – a charity we have supported for many years. We’ll be joining other rail industry colleagues sleeping out for the night at major stations to help reach the £25,000 target, which will go towards the vital work of identifying and supporting vulnerable children across the railway network.”