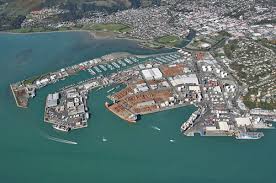 Nelson’s first cruise ship of the year has arrived, a brand new visitor to the port.

The Azamara Quest, part of the Royal Caribbean Cruise Line, docked in Nelson on Wednesday for a one-day stop, bringing 690 guests and over 400 crew to the city for the day.

The 180-metre cruise ship is on its fourth visit to New Zealand, and will make a total of 37 port calls over two months sailing around the country. The visit to Nelson came as part of an Australia and New Zealand tour which will also visit Gisborne, Stewart Island, and Kaikoura. Azamara Club Cruises Australia and NZ vice president and managing director Susan Bonner said she was excited to show off the boutique wine region of sunny Nelson.

The ship was docked from eight in the morning until nine in the evening, giving the guests a whole day to explore the region.