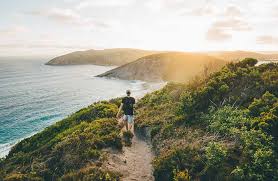 ‘Australia’s Wilde Side’ is a partnership between the State Government, through Tourism Western Australia, European travel wholesaler knecht reisen and Singapore Airlines.

Running until June 30, 2020 the co-operative marketing campaign builds on the success of the broader ‘Australia’s Wilde Side’ campaign, which featured three States including WA.

“The campaign will show off the remarkable transformation Perth has undergone over the past few years, and include the stunning nature and wildlife of Rottnest Island where Swiss travellers can do their best to snap a quokka selfie to rival Roger Federer’s,” Tourism Minister Paul Papalia said.

The campaign aims to position Perth as a must-see travel destination, encourage visitors to discover different regions within the State and boost bookings.