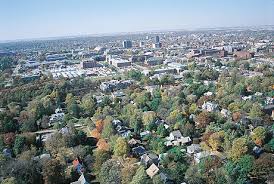 The leaders and investors broke ground Tuesday on a new hotel that will be the biggest in the city. The community is hoping the new Cobblestone Hotel will bring people to the city and keep them coming back.  Marcia Bailey with Champaign County said a study was done to figure out if the city could support another hotel.

They’re at least 30 years old, plus,” she said about how long it’s been since a new hotel was built in the city. Bailey said that Urbana University alone brings in 2,500 visitors just from athletics who must stay elsewhere right now.

The hotel industry and tourism industry investors and leaders are hopeful that it’ll bring more people into the city and boost the economy. All of the site work for Cobblestone Hotel is expected to start later this summer and finish around spring 2020.