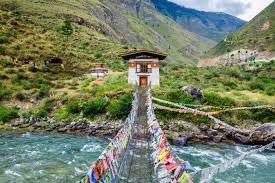 Bhutan’s decision to charge sustainable development fee (SDF) on Indian, Bangladeshi and Maldivian tourists has upset hundreds of traders and travelers from Assam, who frequently visit the Himalayan kingdom.

Uttam Saha, an Udalguri trader, who buys ginger from Bhutan and sells it in Bengal and Assam, said, “We hope the new legislation will not deter us from pursuing business but it will hamper the economy and discourage tourists from Assam and Bengal.”

Ranjit Tamuli of Baksa, who runs a cab service for tourists to Bhutan, also said, “According to the legislation, local tourists travelling to the country will have to pay a whopping fee.”

The lower House of the Bhutan Parliament on February 4 passed the new legislation, Tourism Levy and Exemption Bill of Bhutan 2020. Among the 44 members in the House, 43 voted yes to the legislation that will need visitors from India, Bangladesh and the Maldives to pay 1,200 Ngultrums (Rs. 1,200.17) per person per day with effect from July.

However, 11 districts of Eastern Bhutan, including the Samdrup Jongkhar district, frequented by tourists from Assam, have been free from this new rule.

According to the legislation, children below the age of five will be exempted, while those between six and 12 years will have to pay a fee of Rs. 600. The exemption will be applicable till December 2024.

The Bhutan Parliament has decided upon this new fee to protect the country’s ecology in the midst of a spike in visitors from India.

The fee covers accommodation, transport within Bhutan, a tourist guide, food and non-alcoholic drinks, entry fee, a $65 tourism levy or sustainable development fee and the fee for tourist visa.

There is also an additional surcharge of $40 for tourists travelling on their own and $30 for each tourist in a group of two.