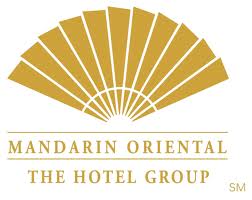 Chef Bugnand has 14 years of legendary experience with Mandarin Oriental Hotel Group. He began his career with the company at the flagship Mandarin Oriental, Bangkok in 1998 as Executive Sous-chef. For the last six years he has been Executive Chef and Food and Beverage Director of Mandarin Oriental, Dhara Dhevi, Chiang Mai, Thailand. He started his hospitality career in 1984, as a sous-chef in the French navy and since then his career has taken him from Europe to the United States and from Latin America to Asia, where he has enjoyed introducing new concepts and recipes in to the different restaurants where he has worked.

Chef Dominique will present a brand new a-la-carte menu at Mandarin Oriental Macau’s acclaimed signature restaurant – Vida Rica. While popular menu favourites will remain as highlights, Chef Dominique is planning a few French culinary surprises to tempt the palate. Diners can choose from appetisers such as Alaskan Spider Crab and Caviar in Lobster Cannelloni, with Avocado and Mango Sauce, and Lime infused Sour Cream and Caviar or Escargots and Mushrooms crusted with Seasonal Mushrooms with a Red Wine reduction.

For main dishes, Chef Dominique’s Boston Lobster and Cauliflower flavoured with Tahitian Vanilla, and Cannelloni with Lobster Bolognaise or Lamb Rack from Lozère, France with Potato Boulangere, Eggplant Caviar and Black Garlic are sure to delight.

“Mandarin Oriental is renowned for its culinary expertise, and I look forward to introducing diners to my own particular range of traditional French cuisine with a modern twist” said Chef Dominique. “I am keen to build on Vida Rica’s reputation as one of the best dining experiences in Macau,” he added.

Whether wining or dining, Vida Rica is the place to meet people and enjoy creative cuisine and fine wines in an unrivalled setting with magnificent panoramic views.