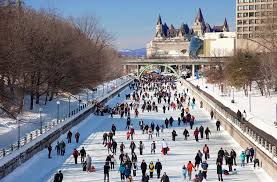 Ottawa Tourism believes that a new incentive program will assist in bringing more Chinese tourists to the National Capital Region, and for that, it is preparing local businesses to take advantage of the arriving opportunities.

The initiative coincides with Canada-China Year of Tourism 2018, a joint program from the Canadian and Chinese governments for encouraging travel between the two countries.

More than 650,000 Chinese visitors came to Canada in 2017, and the numbers are expected to rise in the coming years with Chinese nationals increasingly developing an interest toward travel.

“It is already a significant market, relatively fast-growing as well, and the amazing thing is the potential that still exists in that market,” said Ottawa Tourism president and CEO Michael Crockatt. He added, “We wanted to think of some things that we can do to leverage the attention that tourism is getting between the two countries.”

Ottawa is also taking steps to ensure that businesses in the city are “China-ready,” i.e. being able to cater to Chinese tourists when they arrive in the city.

One of the most significant perspectives that businesses can consider is accepting mobile payments on common Chinese platforms such as WeChat Pay and Alipay, a service offered by Ottawa-based start-up Motion Pay.

Crockatt said that the value of Motion Pay’s technology can’t be devalued in encouraging Chinese visitors.