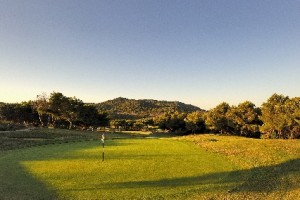 Recently confirmed as Spain’s number one golf destination, La Manga Club boasts a plethora of five-star facilities on and off the fairways, and is offering some of the best-value golf anywhere in Europe with its new range of stay-and-play breaks this spring.

Three award-winning 18-hole courses, an outstanding golf academy and numerous other sports and leisure facilities has made the resort a firm favourite with European golfers for more than four decades, and players can snap up a bargain when booking a three, five or seven-night package over the coming months.

Named as ‘Europe’s Best Golf Venue’ at the 2017 World Golf Awards, La Manga Club received further recognition last month when all three of its courses – the North, South and West – were included in the top 35 of the respected Top 100 Golf Courses website’s latest Spanish rankings – the only venue in Spain to receive such an honour.

Available until the end of June, the attractive breaks include the opportunity to play each course, with golfers able to hone their swings beforehand at the resort’s impressive Golf Training Centre.

Bed-and-breakfast accommodation is provided in either La Manga Club’s luxury Hotel Principe Felipe or four-star Las Lomas Village while the packages – which are based on two people sharing a room – also feature complimentary use of the resort’s five-star Wellness Centre including fitness centre, indoor pool, saunas and steam rooms.

Three times the size of Monaco and nestling in an exclusive corner of Murcia in south-east Spain, La Manga Club has set the benchmark for European golf resorts since opening in 1972.

The resort – which is celebrating its 45th anniversary – was recently granted royal status and awarded the prestigious title of ‘Real Golf La Manga Club’ in recognition of its key role in promoting Spanish golf while, among its other accolades, it was voted ‘Spain’s Best Golf Hotel’ by UK readers of Today’s Golfer magazine for an amazing seventh year in a row.

The official overseas training base of the Lawn Tennis Association (LTA), La Manga Club’s unrivalled facilities also include a 28-court tennis centre, a new European Cricket Performance Centre and a 2,000sqm Wellness Centre. In addition, it features the choice of a five-star hotel, four-star serviced apartments and townhouses and more than 15 bars and restaurants.

n Three, five and seven-night golf breaks are available to book at La Manga Club until June 30, 2018, with prices starting from only €285pp (approx £254). Packages include golf on any of the resort’s 18-hole golf courses, bed-and-breakfast accommodation and use of La Manga Club Wellness Centre’s fitness centre, indoor pool, saunas and steam rooms.