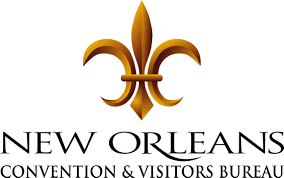 The New Orleans Convention and Visitors Bureau has a new name and brand. Starting Wednesday (May 16), the bureau will be known as New Orleans & Company, an update meant to unify and represent the thousands of workers who run local hotels, restaurants and attractions.

The event, held at the House of Blues in the French Quarter, was followed by a second-line with tourism workers and a celebratory champagne toast.

Perry noted the former CVB had sought to update its brand before Hurricane Katrina, but found itself with other priorities after the storm.

Today, the nearly 60-year-old organization has a name for a new generation entering the industry, he said. Perry said tourism employs more than 100,000 people in New Orleans in addition to generating billions of dollars in local tax revenue, supporting 43 percent of the city’s budget by the group’s estimate.

Perry said, noting the “company” in New Orleans & Company said that it takes all of them to make this gigantic, multibillion-dollar industry work.