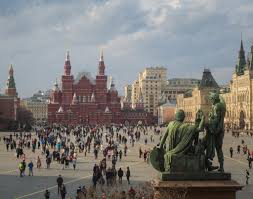 New Orleans City Council members appear to be willing to convert a tourism marketing organization into a fund to provide money for cultural purposes, but they want to see a more detailed plan from Mayor LaToya Cantrell’s administration before they sign off.

The New Orleans Tourism Marketing Corp., a public agency created to promote the city to vacationers and leisure travelers, is being remade into a group that would provide grants in the broad realms of tourism and culture.

That group’s board has already given the green light for its reorganization into the New Orleans Tourism and Cultural Fund.

But City Council members, including two who sit on the NOTMC’s board, are calling for a study laying out how the millions of dollars a year the organization gets can be used to promote a more sustainable tourism economy before the plan moves forward.

“We have musicians and artists who can’t even afford a house in the neighborhoods in which they grew up, and I think it’s important if we are to continue the viability of our tourist industry to ensure that the people who make it are invested in it,” Council member Kristin Gisleson Palmer said as administration officials pitched the proposal at a Governmental Affairs Committee meeting on Thursday.

The call for the creation of a sustainable tourism strategy to guide the Tourism and Cultural Fund was echoed by other council members. It came months after a unanimous council vote called for such a study.

The NOTMC board, which includes three council members, approved the changes to the agency earlier this month, but the City Council still needs to OK the plan before it can go into effect. It’s not clear when that vote will happen.

The reorganization was put in motion by Cantrell’s deal with hospitality and tourism groups last year to allow for higher hotel and short-term rental taxes to provide more money for city infrastructure. As part of those negotiations, the NOTMC’s employees and the bulk of its $15.7 million budget were sent to New Orleans and Co., the private tourism promotion group formerly known as the Convention and Visitors Bureau.

During the negotiations over the infrastructure deal, officials said they planned in effect to redirect the $5.7 million a year that would remain of NOTMC funding to infrastructure.