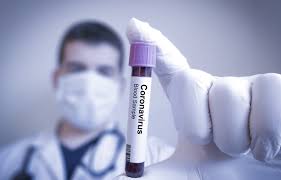 In New Orleans, local travel agents have spoken about a number of cancellations over corona virus concerns.

However, many also said that they felt no impact with New Orleans tourism officials keeping a close watch.

In fact, tourism was strong for Mardi Gras weekend with the official numbers being brought out.

Figures furnished by New Orleans and Company showed that New Orleans hotels had 96% occupancy, and on Saturday it was 98%. For Sunday, it was 91%, Monday was 90% and Tuesday was 81%, and those who came, left mostly pleased.

“It doesn’t make me concerned in the U.S., but I don’t think I would go to Eastern Asia,” said California tourist Judith Kirkley.

“For years, people have preferred coming to New Orleans as an alternative to Europe because it’s such a European city,” said Mark Romig, chief marketing officer for New Orleans and Co.

“Certainly people are looking at their travel as it relates to overseas, and we are monitoring that as well,” added Romig.