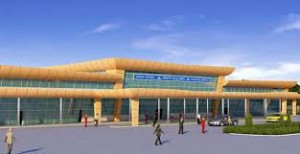 The newly built airport unveiled near Pakyong in Sikkim by Prime Minister Narendra Modi will provide a boost to tourism in the Himalayan state, attracting more tourists from Bengal, who will no longer have to travel through the often choked and landslide-prone National Highway 10.

According to tourism data, Sikkim received close to 1.5 million tourists in 2017-18 — 65 per cent of which were from Bengal.

“Several tourists from Kolkata have already booked their air tickets to Sikkim. They will be travelling around the Pujas,” said Chewang Puljor, deputy director at the Kolkata office of the Sikkim tourism department. “We expect the high-end tourists, who had been giving Sikkim a miss since there was no air link, will now travel to the state.”

“The new airport opens up new business opportunity during monsoon. With the new airport, tourists can just take flights to Sikkim. It will also attract several high-end tourists from Kolkata,” said Akash Gidwani of Blue Lotus Travels in New Market.

“We have dedicated guests who come to Gangtok just to spend their time at the casino. They arrive on weekends and spend most of the time in the casino. We are expecting more high-end tourists to visit the state and visit casinos,” said Sherep Lepcha, general manager of Casino Mahjong in Ranipool near Gangtok.

The casino industry in Sikkim is also expected a big fillip with the opening of the new airport.