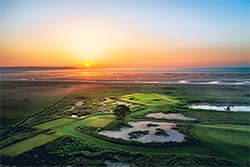 Prince’s Golf Club has released a stunning new selection of images of its recently reimagined Himalayas nine, following a photoshoot commissioned by the club.

The historic Sandwich club has also recently retained the internationally recognised GEO Certified® status for its outstanding sustainability measures and work supporting the community, despite a significant period of course renovation.

In 2018, Prince’s unveiled the newly-redeveloped Himalayas nine having undertaken a significant redesign by renowned international golf course architects Mackenzie & Ebert, transforming the loop into one of the finest stretches of links golf in the country.

A year on, Prince’s announced further works were underway to the Shore and Dunes nines to align all 27 holes in quality, playability and aesthetic, due to be completed in Spring 2020.

With a full winter and season to bed in the Himalayas nine has matured brilliantly, as captured in the powerful set of images by esteemed golf course photographer, Jason Livy.

The amazing landscape portfolio fully highlights the rugged turf of the south-east Kent coastline and the character of the Himalayas nine with its open sand-scrape areas and natural wetlands, which Prince’s have preserved as natural habitats for rare coastal species of flora and fauna.

Rob McGuirk, General Manager of Prince’s Golf Club, commented: “We’re extremely proud of the development of the Himalayas and these images capture the culmination of the vision that we had at the beginning of the project.

“We have always been committed to working sustainably with the environment and now especially throughout the recent period of course changes, so it makes us very proud to have achieved GEO accreditation once again.”