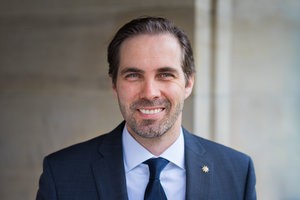 Tourism Head in Switzerland Martin Nydegger expects the rise of the hotel bookings by 4% in this winter season, owning abundant snow.

Tourism Head in Switzerland Nydegger took over on January 1, 2018 from Jürg Schmid, who had headed the organization external link for 18 years. He says he is planning some changes, but not a big shakeup.

Martin Nydegger says that the tourism sector in Switzerland does not plan to elevate the prices as it is enjoying the favourable effects of a stronger Euro against the Swiss franc.

The plans for 2018 tourism in Switzerland include a summer initiative for cyclists called “Ride the Alps”, during which certain passes in the Swiss Alps will be closed some days for all but cyclists.

He also says that the Swiss Tourism must take on board the importance of rental platform Airbnb, which is not just an urban phenomenon in Switzerland.

However, he said Airbnb must play by the rules like all other competitors, including when it comes to taxes, police, fire and health regulations. He is very close in touch with Airbnb and sense a real will on their part to conform with the current rules.

Asked whether US President Donald Trump’s recent visit to the World Economic Forum in Davos would really bring in the CHF20 million predicted by experts, he said he is “almost certain”.