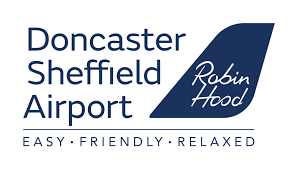 The service will deliver an additional 56,000 two-way seats and an expected record year for Wizz Air at Doncaster Sheffield Airport, with over 600,000 passengers in the next 12 months. The announcement comes shortly after a new route to Budapest, Hungary commenced with a further new route to Debrecen, Hungary starting in December from DSA. The airport is predicting these new routes will help deliver a record year for total passengers in 2019 – 20.

Chris Harcombe, Aviation Development Director, Doncaster Sheffield Airport, said: “This is great news for us to have another exciting leisure route from Wizz Air, who have continued to grow their range of low-cost routes since starting operating from DSA in 2006. Over half of the total seats available from DSA are low cost with Wizz now operating 12 routes and we’re pleased to be one of the first routes from their new Krakow base.”

Speaking at a press conference in Krakow, Stephen Jones, Executive Vice President and Deputy CEO at Wizz Air said:“Today’s announcement underlines our commitment to our UK and Polish markets, where we launched operations back in 2004 with the first Wizz Air flight from Luton to Katowice. We chose Krakow to be our newest base in Poland as we see the potential and the demand for low cost travel in this city which is a popular tourist destination as well as a rapidly developing business hub.

Krakow, close to the border of the Czech Republic, is the second largest and one of the oldest cities in Poland. Originally the official capital of Poland, the old town gained UNESCO World Heritage status in 1978.

The city has a wealth of historical attractions and historic sites from the Wawel Royal Castle, the Wieliczka Salt Mine and Schindler’s factory to St Mary’s Basilica, there’s a plethora of beautiful, humbling and thought-provoking places to see in Krakow.

It became European Capital of Culture in 2000 and remains the culture capital of Poland. With its beautiful squares and cobbled streets, it’s a city steeped in old and new histories, a crossroad of religions, politics and revolutions and contemporary Krakow is the go-to place for food and drink. From traditional Polish stalwarts such as Zurek, borscht and meat pierogies, to the coffee bars favoured by hipsters and young professionals, and the hugely popular bars, restaurants and eateries of the Kazimierz Jewish quarter – Krakow has something to suit every palate.

Tickets for Wizz Air flights to Krakow, Poland, go on sale today (21stNovember). With three flights a week from DSA on Tuesday, Thursday and Saturday, visitors and business travellers can take full advantage of frequent and reasonably priced visits to this enticing destination.

Doncaster Sheffield Airport’s growing range of destinations already extends to 55 destinations and with new routes being released regularly, the airport is proving to be a convenient choice for passengers travelling from Yorkshire, North Nottinghamshire, Lincolnshire and beyond.

Named as the UK’s best small airportunder 10 million passengers by Which? consumer group, and the UKs favourite regional airport by Saga members, Doncaster Sheffield Airport offers an unrivalled customer experience from the moment of arrival. The airport scores highly for terminal parking close by, queues at security, passport control, baggage drop and most significantly the friendly welcome from staff.