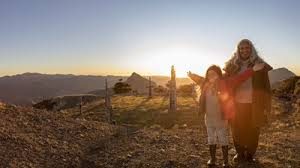 The New Zealand Government has spent $8 million on influencer advertising since 2012. Seventeen departments have used influencers over the last twelve years, although the bulk of the spending was from Tourism New Zealand.

One trip from Jurassic Park star Bryce Dallas Howard cost the taxpayer $1 million, although Tourism New Zealand says it was more than a free holiday for the actress. Auckland University senior lecturer in Marketing Dr Mike Lee told that it’s not that different from normal advertising.

Even with traditional advertising that Governments have been spending on forever, they’re still using taxpayers’ money to pay actors and actresses to make ads of any sort.

But people might be a bit taken aback because it doesn’t feel as transparent as traditional advertising.

Air New Zealand and its alliance partners brought 34 percent of international visitors to New Zealand in the year ended April 2019.

“A thriving tourism industry is important for both New Zealand and Air New Zealand, and we’re committed to working in partnership with Tourism New Zealand to grow the value of tourism in a sustainable way,” said Christopher Luxon, Air New Zealand’s Chief Executive Officer.

“This includes promoting travel to New Zealand in spring, winter and autumn and encouraging visitors to experience more regions to help grow regional economies. We know we’ve got a unique tourism proposition, but we’ve got to work really hard to attract international visitors who at the end of the day can opt to visit locations closer to home. That’s why partnerships such as this one are critical for our industry and our economy.”

Air New Zealand and Tourism New Zealand have undertaken cooperative marketing activity under an annual memorandum of understanding since 2014. During this time, the value of international tourism to New Zealand has grown from $10.4 billion to $16.2 billion.

The partnership has resulted in a stronger New Zealand share of voice in large and competitive global markets, as well as collaborative efforts to leverage major opportunities and open up new markets aligned with the expansion of Air New Zealand’s global network.