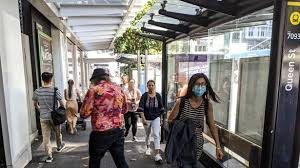 New Zealand is preparing to combat the recent corona virus outbreak to hit its tourism industry and affect economic growth.

The isolated South Pacific nation stands the chances to suffer a bigger economic impact than others since tourism is its largest export earner and China, the source of the outbreak, accounts for about 10% of foreign visitors to the country. The NZ government followed other countries regarding imposing a ban on travelers from China, which is initially set to be in effect for two weeks.

“The economic costs to New Zealand will arise not from the virus itself, but from the measures taken globally to try to contain it,” said Dominick Stephens, chief New Zealand economist at Westpac in Auckland.

The ban on travelers coming from or through China will initially cost the tourism industry of NZ about NZ$100 million ($65 million), according to Tourism Industry Aotearoa, which represents tourist operators.

“It means somewhere around 20,000 visitors now not coming in the next fortnight” and “the average Chinese visitor spends NZ$4,700 on their stay in New Zealand,” said TIA Chief Executive Chris Roberts. “I’m sure most businesses can manage with this fortnight period, but the uncertainty is what might happen after that, how long this might go on. The longer this lasts, the bigger the economic impact will be,” he added.

New Zealand’s Treasury department said that the corona virus poses a new risk to the economic outlook; however, its impact on trade and tourism is difficult to determine.