Newest airline in Wichita Eisenhower National Airport tops in US 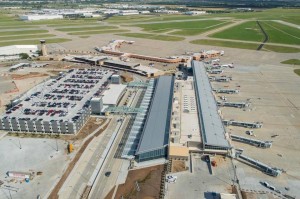 The new airline of Wichita Eisenhower National Airport tops in the country.

Alaska Airlines, which in April marks its first year of service at Eisenhower Airport, was ranked No. 1 in the 2018 Airline Quality Rating.

Virgin America was acquired by Alaska Airlines in 2016 but continued to be measured in 2017 as it was integrated into Alaska. ExpressJet and Sky West are “feeder” carriers to major airlines Alaska, American, Delta and United.

They show airlines improved as a group in denied boardings, mishandled baggage and customer complaints.

The report is using the data from the Federal Transportation Department’s Air Travel Consumer Report. According to the report by Federal Transportation Department’s Air Travel Consumer said that the mishandled baggage rate for the industry dropped to 2.5 mishandled bags per 1,000 passengers in 2017. That compares with 2.7 per 1,000 passengers in 2016.