All Nippon Airways introduces ‘We are Japan’ platform 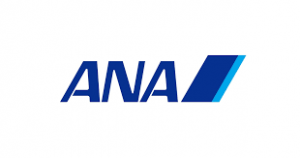 All Nippon Airways or ANA is telecasting a new communications platform in Europe, ‘We Are Japan’ – in a bid to make the most of the rising spotlight shining on Japan.

The ‘We Are Japan’ campaign has been introduced as Japan is the fastest growing major destination in the decade, as per the figures from the United Nations World Tourism Organisation (UNWTO). It is all prepared to greet more than 40 million international passengers by 2020. The island nation is by now the 12th most visited country on the planet, with around 28.7 million international travelers in 2017.

Earlier this year, ANA was named ‘Airline of the Year’ by Air Transport World (ATW) in the Airline Industry Achievement Awards – the most popular honor an airline can get in terms of recognition of exceptional performance, innovation and superior service.

Also, it won ‘Best Airline Staff in Asia’ for the fourth year running at the SKYTRAX World Airline Awards, along with ‘World’s Best Airline Cabin Cleanliness’.

We Are Japan reflects ANA’s goal to utilize its Japanese spirit and growing network to make treasured memories for all its guests. To expand the premium in-flight service the brand is all set to introduce content including insider tips on a dedicated platform and in joint venture with CNN International Commercial.

The first five-star airline of Japan has by now been piloting short-form branded content under the We Are Japan banner on the content platform.

This is created around seven pillars – eat, drink, see, stay, do, discover, go – it features photography, exclusive film and insight of the specialists with the target to generate a deeper appreciation of Japan and its culture.