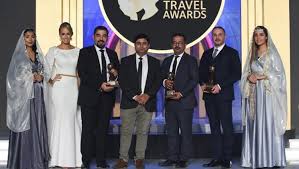 This year, tour operator company Nirvana Travel & Tourism has been awarded a number of awards at the World Travel Awards.

Other prestigious awards were also given away at the awards ceremony.

The company’s CEO, Alaa Al Ali said: “We are thrilled to once again be recognised by the reputable World Travel Awards for this prestigious award. For the last 12 years we have prided ourselves in becoming the number one travel and tourism operations company in the UAE, so it is an honour to receive the recognition, for the fifth consecutive year, here today. This is a testimony to our passion for the industry, and we will continue to deliver first class services”.