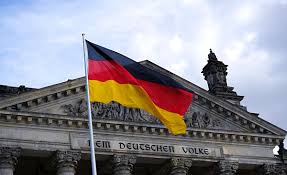 In the event of a no-deal Brexit, more than 700,000 jobs in the travel and tourism sector could be lost over a decade, drilling a £18.6 billion hole in Britain’s GDP, as warned by a trade body.

The WTTC has stated that around 308,000 UK-based roles and a further 399,000 in European Union states would be at risk if Britain left without a Withdrawal Agreement.

The WTTC assessed how a no-deal departure on March 29 might affect the tourism sector over the next 10 years. It is based on an International Monetary Fund (IMF) analysis which forecasts a 7.7% decline in economic activity across the UK economy as a whole.

To quote Gloria Guevara, the president and chief executive of the WTTC, “The UK is the fifth largest travel and tourism economy in the world. Given its importance to the UK economy it is now clear that a no-deal Brexit would have a dramatic impact on one the UK’s most important economic sectors. If the IMF prediction on the wider economy is realized, there would be a total cost across Europe of over £40 billion and over 700,000 jobs, in our projections. Our members are already seeing an impact on their businesses and workforce.”

The WTTC chairman Christopher Nassetta who is also the chief executive of the Hilton hotel chain, said that four areas are important to avoid a hit on jobs:

– Maintaining visa-free travel between the UK and EU

– Ensuring “mobility of labour” for travel and tourism workers

Tags: No-deal Brexit could drill a a £18.6 billion