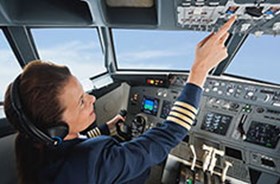 The International Air Transport Association (IATA) announced that nominations have opened for second edition of the IATA Diversity & Inclusion Awards which recognize and encourage industry excellence.

Nominations are now open in the three following categories:

Nominations are open from 3 March until 30 April 2020. They will be judged by an independent panel consisting of the 2019 winners of the IATA Diversity & Inclusion Awards. The 2020 Awards will be presented at IATA’s 76th Annual General Meeting and World Air Transport Summit in Amsterdam, the Netherlands (21-23 June 2020).

“Aviation needs to reflect the society we live in. Promoting diversity and inclusion makes us better and more sustainable businesses. To source the skills and talent needed to meet future demand, aviation needs role models who can inspire future generations of leaders. The inaugural Diversity and Inclusion Awards enabled us to highlight strong female leaders and dedicated teams who are driving the industry forward in this important area. I look forward to seeing equally impressive achievements highlighted by this year’s applicants” said Alexandre de Juniac, IATA’s Director General and CEO.

Qatar Airways continues to sponsor these prestigious awards. The winner in each category will receive $25,000 in prize money payable to the awardee or their nominated charity.

“Strong diverse leadership is key for the success of any organisation. In sponsoring these awards, we are committing to improve gender balance at Qatar Airways and to build an industry that recognizes and supports the ambitions of many people who contribute to improving diversity in aviation,” said HE Akbar Al Baker, Qatar Airways Group Chief Executive.