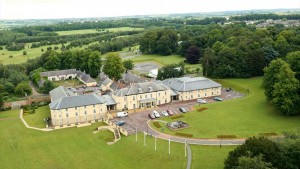 Hardwick Hall Hotel, one of the prestigious boutique Hotel in Durham, North Carolina has unveiled with its new look which is a refurbishment of £500,000.

The Hardwick Hall Hotel at Sedgefield has been given a £500,000 facelift, which includes a revamped bar and lounge area. The Boyne Suite of Durham hotel, which can take up to 120 guests, has also benefited from a new carpet, curtains and complete redecoration.

The four star hotel, which is located in Hardwick County Park, has 50 bedrooms. It offers a range of dining options, including the Rib Room Steakhouse and Grill. This luxury boutique hotel also has a number of suites and meeting rooms and erects large marquees at various points throughout the year, which can hold up to 1500 people.