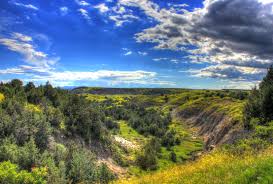 Every year, more than half of Americans (54 percent) fail to use all their time off, creating a stockpile of 662 million unused vacation days. In North Dakota alone, 47 percent of employees are leaving more than 2.5 million days unused.

The most effective remedy for American workers who want to use more vacation days is better planning. National Plan for Vacation Day, launched by Project: Time Off, is a call-to-action for Americans to stop making excuses and start making vacation plans. More planners report they are “very” or “extremely” happy with their relationships, health and well-being, company and job compared to non-planners.

From arts and entertainment to the great outdoors, and everything in between, visitors will find endless opportunities in North Dakota to have experiences tailored to their interests.

A few notable and new attractions not to miss include:

“The Horse” exhibition, North Dakota Heritage Center, Bismarck: Starting June 22, examine the powerful and continuing relationship between the horse and humans, and explore the origins of the horse family, extending back more than 50 million years.

The 40th Anniversary of Theodore Roosevelt National Park, Western North Dakota: Explore the land in which our 26th president fell in love at the Theodore Roosevelt National Park in the North Dakota Badlands. Hike, bike or camp under the stars amid the park’s unique terrain of buttes, prairies and rivers and alongside exciting wildlife, including bison and wild horses. Book a stay at the new Elkhorn Quarters, opening this summer in Medora. The hotel is dedicated to Theodore Roosevelt’s very own Elkhorn Ranch Cabin, originally built on the Little Missouri River in the Badlands.

The state’s first cider bar, Wild Terra, and new art exhibit, Plains Art Museum, Fargo: Fargo is a hub for great food and brews, and last month it became home to the state’s first cider bar, Wild Terra. At Wild Terra, you’ll find hard cider and kombucha on tap in a renovated and preserved historical stable. The Plains Art Museum exhibit “The Horse Nation of Očhéthi Šakówin,” features artwork by some of the most prominent Native American artists and is free and open to the public.

New public art, Alley 5.5, Bismarck: The alley art, completed in 2017, is located between Fifth and Sixth streets downtown, and is an ode to North Dakota’s history and culture. Many more alley art galleries are expected to pop up in downtown Bismarck as part of this community-wide initiative. Also new in Bismarck are Edmonton Brewery, opening early 2018 in the historic Northern Pacific Depot in downtown Bismarck, and Butterhorn210, a creative upscale kitchen serving scratch-made dishes with a unique Midwestern flare.

“America’s vacation deprivation shortchanges the time we invest in our personal relationships, undermines our performance at work and threatens our economic well-being,” said Katie Denis, chief of research and strategy for Project: Time Off. “In 2018, Americans need to plan for their bucket list, instead of the to-do list.”