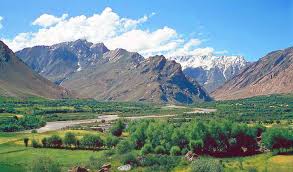 The Chief Minister of Himachal Pradesh Jai Ram Thakur on Sunday emphasized for the urgent promotion of such places which are not known to the traditional tourists.

As, Himachal Pradesh is a hilly state in northern part of India, it has many offbeat destinations for the leisure tourism.

For this an Art- cum-Culture tourism center to the tune of Rs 20 crore would be set up at Janjehli which will include an amphitheatre, theme parks, tourist information centre, parks, ‘Haats’ etc to attract more tourists.

Besides, a sum of Rs 5 crore would be spent on eco-tourism project in Janjehli which will not only help raising the livelihood of the local people but will also open scope for employment and laos it can boost the tourism revenue.

The Chief Minister said that Chiuni, Shattadhar and Spenidhar would be developed under eco-tourism project and to give boost to religious tourism, Shikari-Mata, Kamrunaag, Tungashi Dhar and other places would be brought under the religious tourism circuit.

There were many places in Seraj having beautiful scenery and green open pastures and the Government of Himachal Pradesh would ensure that they no more remain virgin lands and would be thrown open for tourists. The special emphasis would be laid for diversifying tourists in unexplored areas.

Thakur said that the State Government would develop 22 eco parks under CAMPA during next three years and at least 25 new sites would be allotted for development under Eco-tourism.