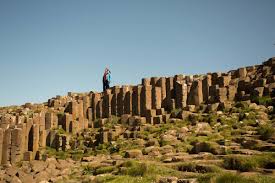 Northern Ireland’s Giant’s Causeway helped to generate almost half a billion pounds for the north coast region in the last year. This UNESCO World Heritage site helped in generating £484.3m for the Causeway Coast and Glens district, according to an Ulster University economic and social impact report which was commissioned by the National Trust, the owner of the site. The number of visitors to the Giant’s Causeway topped one million in 2017.

The analysis found that the average spend per tourist staying in the area is £420. Max Bryant from the National Trust said that this report really shines a light on the important role the Giant’s Causeway plays both economically and socially across the region. Northern Ireland is proud to be one of the main employers along the north coast. The tourism department employs 75 full time staff and this figure increases significantly during peak season.

They contribute over £1.5m in wages to local people and remain committed to working closely with the community – in fact 80% of the craft for sale in the visitor centre is produced locally.