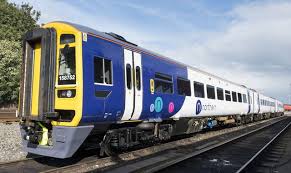 The Rail, Maritime and Transport (RMT) union confirmed further strikes that is due to the continued dispute over the role of train guards and rail safety.

The Northern Rail staff will be taking a third round of industrial action on 25 August, 1 and 8 September. There are instructions for all Arrival Rail North conductor, conductor instruction and train driver members not to book on for duty on these days.They earlier went on strike in March and June.

The row is over the operation of driver-only services with automatic doors where the owner of Northern Rail, Arrival Rail North wants the operation to happen. While RMT is of the opinion that it is putting profits before public safety and the RMT general secretary, Mick Cash, mentioned that RMT is making progress towards settlement in sync with the rail industry but the company is playing fast and loose.

It is the company’s attitude that has forced them for the next phase of action. It has been more than a year that the RMT members are in dispute with Arrival Rail North and the genuine opportunity to reach an agreement has been refused by the company.

Earlier RMT entered an agreement on Greater Anglia that focused on the guard guarantee. While similar agreements took place in Wales and Scotland. RMT expects the Arrival Rail North to come to an agreement to secure a guard on their train.

However, even though Northern proposed and entered into a joint working party with RMT regarding the on-board role.There might be further scope of talks on 17 August and the full impact of the strikes will be mentioned later.