Northern Rail passengers to be affected by a series of strike 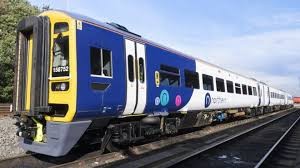 Northern Rail staff will take the third round of industrial action this year on 15 September due to the ongoing dispute over the role of train guards and rail safety.

The next series of six days of strikes has been confirmed by the Rail, Maritime and Transport (RMT) union. The previous strikes took place in March and June.

On September 15, 22 and 29  between 12.01 am and 11.59 pm all the Arrival Rail North conductors, conductor instruction and train driver members were instructed not to book on for duty.

It is expected that more than 7- percent of usual Northern  Rail services will be affected and very less will operate  between 9 am and after 6pm.

There will be some disruption to services in the ongoing engineering work in and around Manchester, majorly between Manchester and Liverpool. Northern will be running an hourly service via Warrington Central. Buses will be operating to and from Manchester Oxford Road.

Small minority routes will see planed cancellations in the north west and customers were urged to check the last minute travel.

Throughout north of England there will be a number of events and customers are informed of the amended timetable’s impact on travel to and from the event location.

There has been dispute for more than a year between RMT members and Arrival Rail North for public safety instead of private profit. There is a lot anger as an agreement has been kicked back by the company.