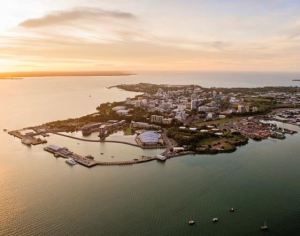 The Northern Territory will force interstate arrivals to quarantine in hotels for 14 days — with anyone arriving after Friday night required to pay the $2,500 bill themselves. This week, international arrivals across the country were ordered to spend two weeks in quarantine in hotels organised by the states and territories and paid for by taxpayers.

But North Territory Chief Minister Michael Gunner said tighter measures were needed in the Territory to reduce the risk of coronavirus spreading throughout the community.

Gunner said when the threat from overseas grew larger they acted.

From midnight on Wednesday, all domestic arrivals — apart from those excluded under essential service provisions — will be required to undertake the same forced quarantine measures currently in place for international arrivals. Now I want to stop that flow.

He said from midnight on Friday, domestic and international arrivals would be required to pay for their accommodation and food, which would amount to about $2,500 per room. You’ll be made to stay where we tell you to stay, but you will pay for it, not us.

The Chief Minister said he would prefer to shut the borders entirely but was at the legal limits of what he could do. They are drawing a red line around the Northern Territory.

Mr Gunner said arrival numbers were dropping by the day, with about 300 interstate arrivals over the past 24 hours and very few international ones. As at Monday afternoon, 16 overseas arrivals had been placed in forced isolation at a Darwin hotel, he said.

The arrangements have been made with 14 hotels across the Territory, including about seven in Darwin, to cater for future demand.

Despite the tougher border restrictions, the Chief Minister said NT authorities would not enforce the new National Cabinet recommendation that public gatherings be limited to two people. Mr Gunner said the current priorities.