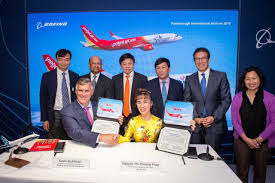 In order to boost tourism to Sydney and regional New South Wales (NSW), NSW has signed its first Memorandum of Understanding (MoU) with China Eastern Airlines.

China Eastern Airlines Deputy General Manager of Customer Committee Mr Liu Hao said the airline was excited to be formalising its relationship with the NSW Government. “As one of China’s top airlines serving nearly 100 million travellers each year, we look forward to continuing the momentum with the NSW Government to drive increased visitation to the State from China,” Hao said.

NSW Minister for Tourism and Major Events Adam Marshall said China Eastern Airlines is responsible for a lucrative market share of inbound flights to Sydney and the new deal is set to grow the market even further.

“Our new deal with China Eastern Airlines is part of our aggressive strategy to make even bigger inroads into the China tourism market,” Marshall said.

“Chinese tourists have been voting with their passports, flying into NSW in record numbers and this Government is committed to ensuring this growth continues,” he added.